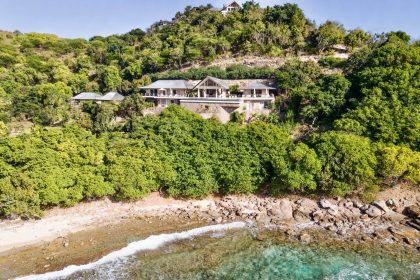 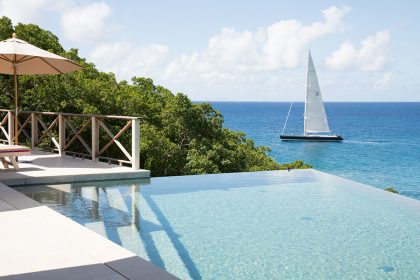 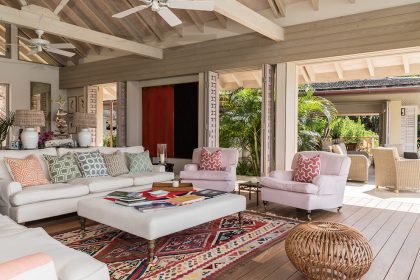 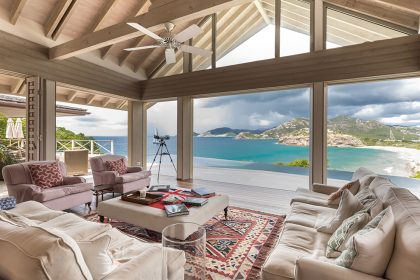 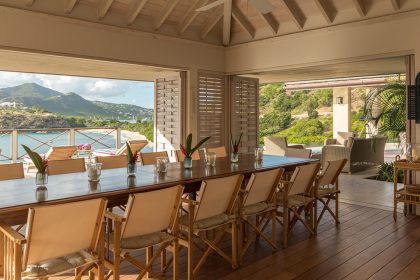 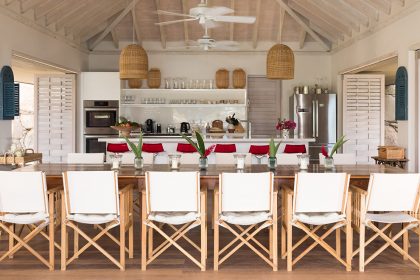 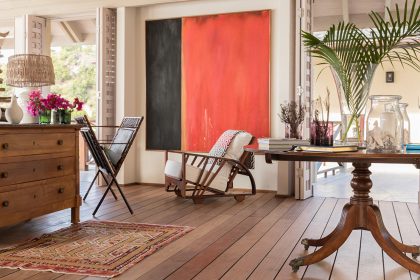 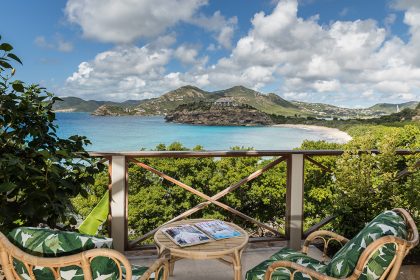 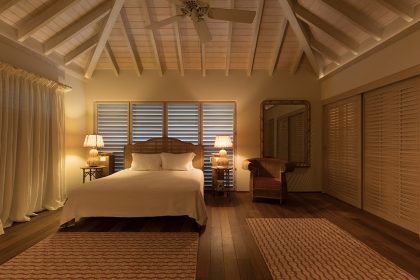 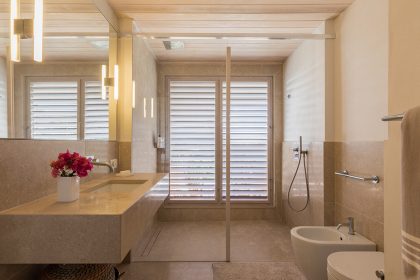 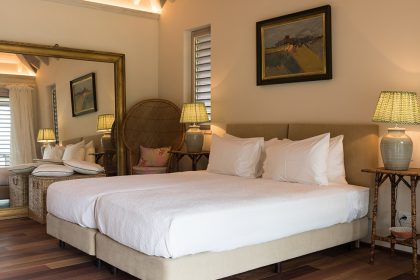 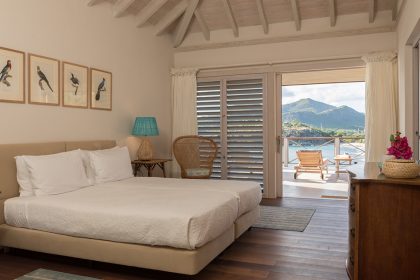 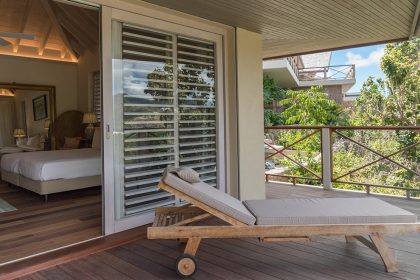 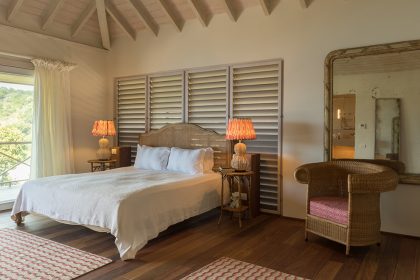 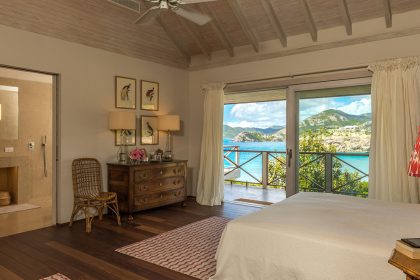 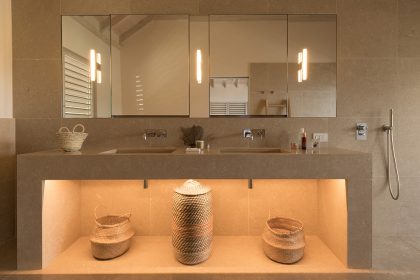 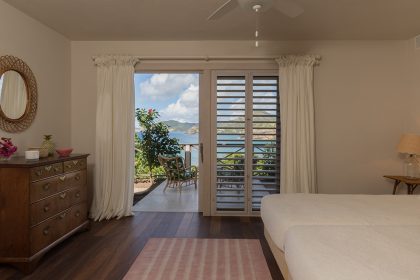 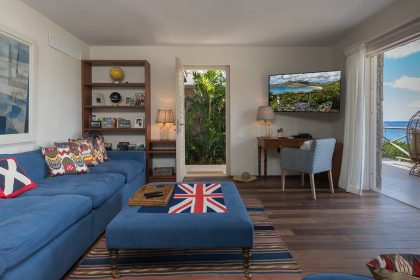 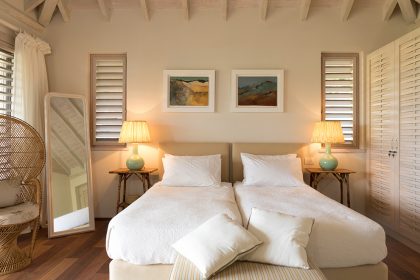 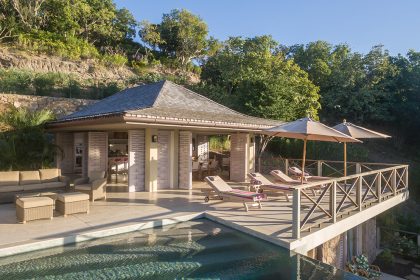 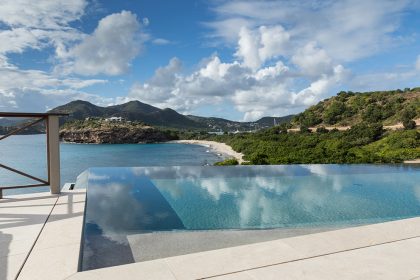 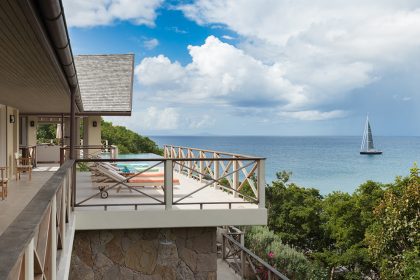 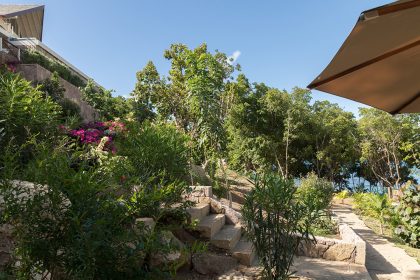 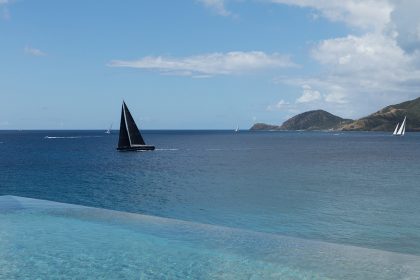 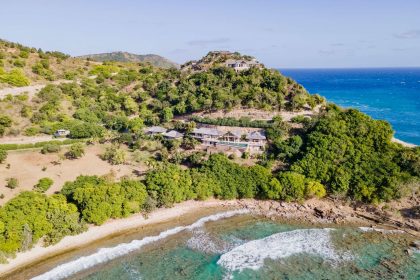 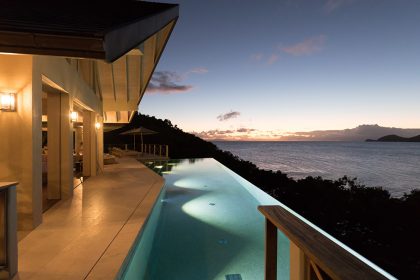 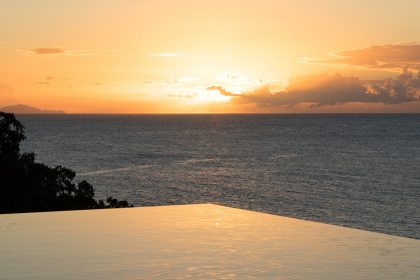 Twin beds can be pushed together to make a double but are not linked.

Please note this house is not suitable for young children

Situated in the South of Antigua, between English Harbour and Falmouth Harbour

The house has direct sea access – Windward Bay beach is 50 steps down through the garden. The beach is stunning and very quiet, rugged and wild. Lying under the water is a magnificent coral reef – fantastic for diving but for swimming you would need to go a little further along the beach.

One of the finest beaches on Antigua, Pigeon Beach, is 8 minutes on foot or 2 minutes by car.

Falmouth and English Harbour are 5 minutes away by car.

Fly to Antigua Airport – a direct 8hr flight from London

Car hire recommended, we can advise.

The Caribbean needs no introductions, its crystal waters and fine, white sandy beaches are infamous- and Antigua certainly lives up to the romantic expectation. The island is low key, informal and very much old Caribbean. Restaurants and bars are all open shacks and the dress code is flip flops and floaty dresses. No over the top glitz here.

Within a few minutes drive of the house are a plethora of restaurants including the renowned Catherine’s Café.

English Harbour boasts a rich colourful history as the former headquarters of the British Royal Navy’s Caribbean Fleet. Its centrepiece is historic Nelson’s Dockyard, named after Admiral Nelson who lived here from 1784 to 1787. It is the only original working Georgian dockyard in the world and was declared a UNESCO World Heritage Site in July 2016.

Walks from Windward Landing to English Harbour and Falmouth Harbour provide breathtaking views of Montserrat, Redonda, the Pillars of Hercules and historic naval forts including One Gun Battery, Fort Cuyler and Middle Ground.

Sailing lessons, horse riding and paddle board hire can be found at Antigua Yacht Club in Falmouth Harbour.

Yoga, meditation and various exercise classes can be found in English Harbour.

Designed by Ruggero Venelli of Venelli Kramer Architects and completed in 2018, this is a a truly special house. A series of open-plan living areas with wide shuttered doorways and interspersed with beautiful palms are connected by a magnificent wrap-around decking facing towards the ocean.

Two cottages separate from the main house allow privacy and seclusion and are perfect for a couple of families wanting to holiday together.

Inside, the house is a treasure trove of beautiful objects. The owner is an antiques collector with a fabulous eye for colour and textiles. A soft, neutral colour palette is dotted with quality linens, carefully chosen art work and warm timber flooring. 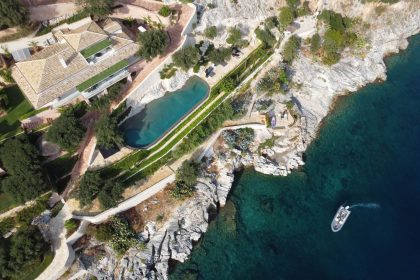 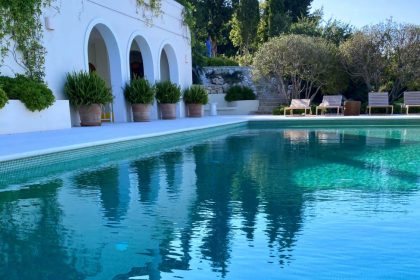 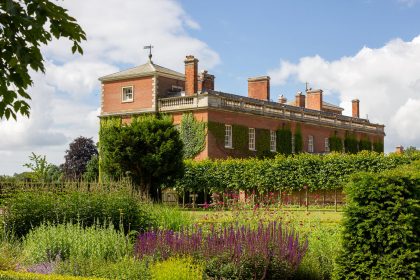